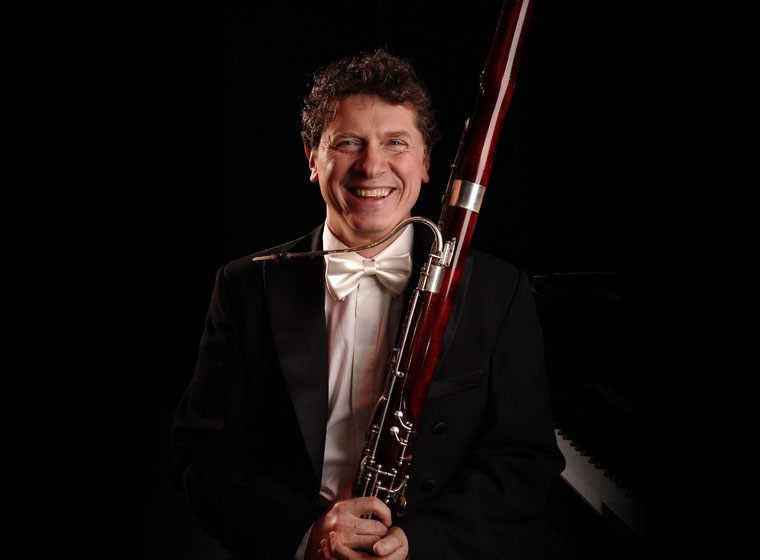 One of the best polish bassoonists. For many years he is cooperating with leading polish orchestras. He was a soloist in Polish Chamber Orchestra (1990 – 1994), in 1999 he was a principal bassoonist in Krystian Zimerman Polish Festival Orchestra. With this ensemble he received many prestigious awards for the recording of Chopin Piano Concertos for the Deutche Gramophon.

Cofounder and principal bassoonist of the bassoon quartet named Varsovia and member of Varsovia Nova quintet. With this ensemble he performed dozens of concerts on festivals in Europe.

For now, he is a head of wind section of Polish National Opera (he is working in orchestra from 1992), and a soloist of Sinfonietta Cracovia and Polish Radio Orchestra (since 1994). What is more, he is cooperating with: Concerto Avenna, Polish Chamber Philharmonic, Ensemble de Narol, Sinfonia Varsovia, New Art Ensamble, Gruppo di Tempera.

He is a bassoon teacher, and his students are winning main competitions, playing in leading orchestras and are prominent young players of the generation. Kasperek is giving masterclasses and is a member of the jury in many competitions.

In 2012 he received Ph D of Frederic Chopin University of Music, he is working in Wind Instruments Department.