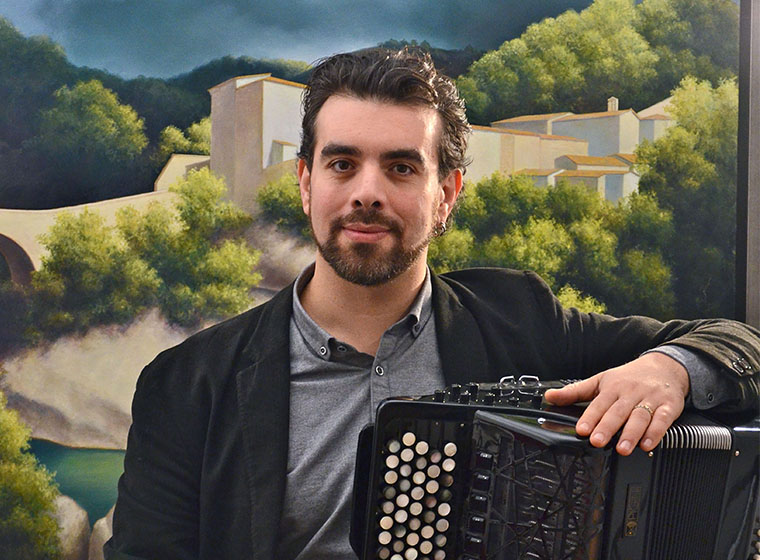 From 2002 he is cooperating with choreographer and dancer Katheleen Delaneys with whom he experiment on mixing the arts of dance and music. Being simultaneously an accordionist, composer and expert of the Alexander Technique Claudio Jacomucci has a possibility of having different points of view on music which puts extremely interesting effects during performing and composing.