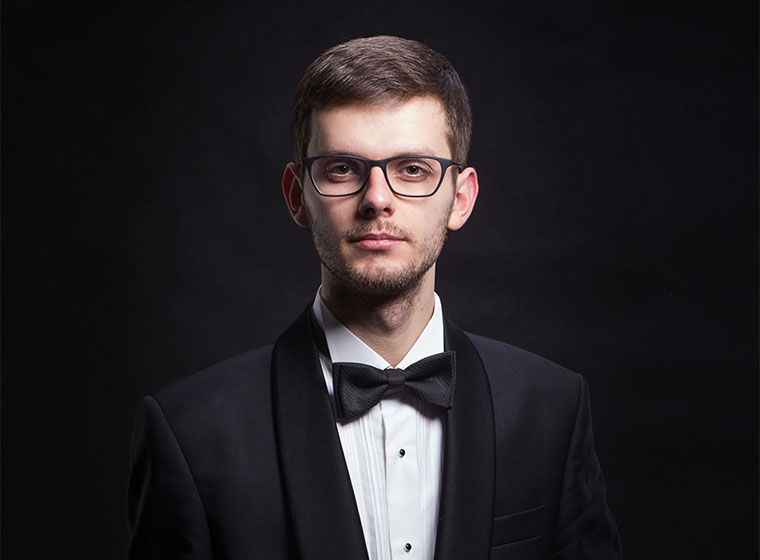 He is one of the leading Polish organists of the young generation. He has proved to be a skilld musician during numerous international competitions, including the ‘Organists of the New Europe’ competition in Bardo in 2013, during which he was awarded both Grand Prix and the special prize. He also was awarded II prize and the special prize on the VII International M. K. Čiurlionis Organ Competition in Vilnius in 2015.

He will begin the 2016/2017 season with concerts during prestigious festivals in St. Sulpice church in Paris, St. Arnual church in Saarbücken, in Kansas City, in Rotterdam, as well as in the Czech Republic, Slovakia, Luxemburg, France, Finland and Poland.

A high level of his artistic skills has also been confirmed by the most acknowledged professors: Prof. Franz Danksagmüller from Lübeck, Prof. Ludger Lohmann from Stuttgart, Prof. Michael Radulescu from Vienna, Prof. Hans Fagiusz from Copenhagen and Prof. Andrzej Chorosiński from Warsaw.

Director of Arts at the International Organ and Chamber Music Festival in Łuków.