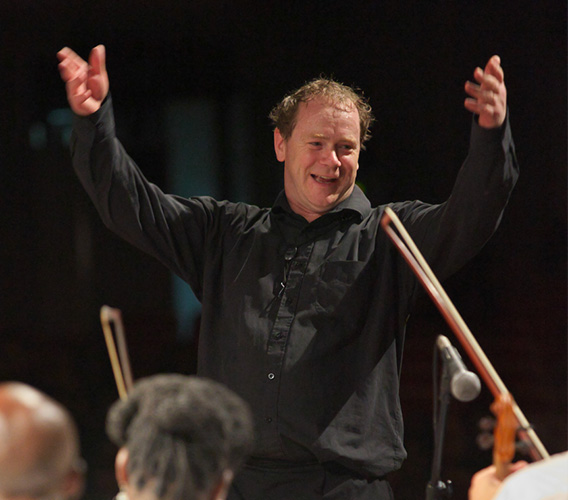 He is a talented musician with natural conducting abilities, temperament, and a lively character…He has mastered a large repertoire and has developed excellent conducting skills.

He has given concerts with Kłajpedzka Chamber Orchestra, Krasnojarska Academic Orchestra, Philharmonic in Hanoi, Locrian Ensemble of London in England.

Between 1995-96 Stephen Ellery was the second conductor at Pacific Ocean Symphony in Vladivostok, whereas between 1996-97 he performed the function of the second conductor at the National Opera at Yakutsk. He conducted symphonies of Mahler, Prokofiev, Sibelius, Bruckner and Tchaikovsky’s operas (Iolanta, Eugene Onegin). His professional achievements include the performances of such operas and ballets as Traviata, Rigoletto, Giselle, Don Kichot. During his stay in Yakutsk Ellery created a youth orchestra with whom he has given concerts multiple times. He was on tour with youth orchestras in, inter alia, Waltham Forest in London and in Gunma, Japan.

Stephen Ellery also play saxophone. In 1989 he performed in Berlin, celebrating the collapse of the Berlin Wall.