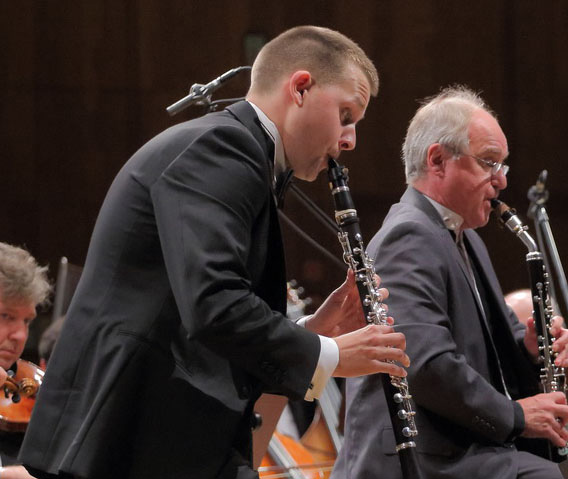 Soloist Krzysztof Grzybowski was invited to perform two Concertpieces by Felix Mendelssohn together with a world-famous clarinetist Wolfgang Meyer under Maestro Michał Klauza’s direction, in a concert ending the 2014/2015 artists’ season. The concert will take place on 21.06.2015 in Polish Radio’s concert studio named after Witold Lutosławski.LIVE transmission of the concert will be available in “Programme Two of the Polish Radio”.